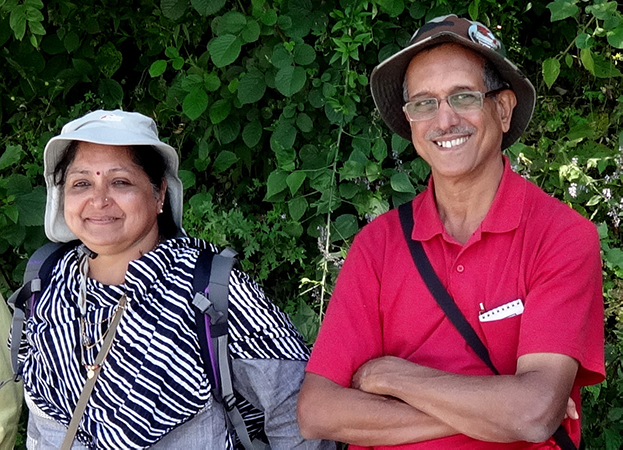 Trekking in their 60s: Age is Just a Number for this Couple!

Trekking in their 60s: Age is Just a Number for this Couple!

Exploration is their calling, more than ticking something off a bucket list’ – the story of this ‘young at heart’ couple whose eternal love is the mountains and trekking.

The mountains call this couple, time and again. Krishnanand (64) and Rupali Heblekar (59), have trekking, adventure and travel running in their blood. They have been going regularly for treks in the Sahyadris and Himalayas. An engineer by profession and also an international rowing umpire, Kutty (as he is called by all), was first introduced to trekking when his father took him to the base camp of Matheran, from where they trekked up. Since then, he has been very fond of going out into the wild and nature.

This love further intensified during college days when he met a very senior trekker from Pune, Dr. G.R Patwardhan, who knew the Himalayas at the back of his hand. Kutty was introduced to serious trekking in the Sahyadris by Dr. Patwardhan, who encouraged him to rough it out in the wild by sleeping under the open sky.

Kutty recollects their first trek after marriage to Rajmachi near Lonavla, which turned out to be an overnight camping experience. The moon at night and the sound of barking deer and other wild animals like owls, kept them awake all through the night. A bit unnerving but a beginning to many such amazing treks thereon.

Rupali, a social worker, shares that their honeymoon was in the Himalayas in the Valley of Flowers. “An unforgettable experience in the height of monsoons, we camped in the valley for three days. Back in those days, we were fortunate to be able to camp in the valley. It is only now that due to environmental concerns, camping has been banned there.”

The couple go on annual treks and have now formed a group of other like-minded friends who join them. One of the senior-most couples in the group, the Heblekars are packed with energy and fighting fit. Having completed close to 30 treks in the Himalayas and Sahyadris, they love Garhwal the most, and find its people the most hospitable and warm.

Recounting their most memorable experiences, the couple shares interesting anecdotes from the many treks they have undertaken so far. In January 2017, they went to Ladakh where they had been given permission to go to the Siachen Base Camp. However, upon landing in Leh, they experienced heavy snowfall which made it impossible to go to the base camp. In spite of multiple attempts to go from Khardungla, Changla and Chilling in Zanskar Valley, they could not go to the base camp, as most of the areas were snowed under.

“During one of our treks in Garhwal, when crossing between Kalpeshwar and Madh Maheshwar, the memorable part was crossing the Ghiya Vinayak Pass which is not a very well frequented route. On the Bansi Narayan side of the pass, there were huge boulders and we had a sprinkling of snow at night. In the morning, we decided to go ahead but the snow followed us. The minute we hit the pass and crossed over, we had a white-out as we couldn’t see anything because the snowfall was intense. We had walked into a snowstorm. We hesitated for a while in the pass, but soon realised that the pass was at 15,000 feet and one could not stay there for long. So, we had to go down. The other side of the way down was through a lake called Nandikund which is very beautiful, but in the snow was unhospitable. We went further down a couple of kilometres and camped there. We thought that it was the end of our troubles, but for the next three days, the snow followed us everywhere. We had to go up and down through many valleys to reach Madh Maheshwar by crossing a pass called Kanchani Khaal. We had an army of porters to carry along rations and tents, and fortunately, we crossed over without any casualties,” shares Kutty.

Another magical experience was in Rudranath, one of the Pancha Kedars, where one can actually hear oneself breathing as it is so peaceful and quiet. Rupali shares, “At Rudranath, we started from a place called Sagar. Next day we crossed a ridge called Pitradhaar (Mountain of Departed Souls). You are supposed to do a puja and seek permission before proceeding ahead. We performed the small puja with our Nepali porters and offered glucose biscuits as prasad (as that was all that we were carrying with us). We sat and waited for 15 minutes. We were getting restless and wanted to proceed but the porters refused to cross over till the ‘pitras’ had accepted our prasad. Suddenly, from nowhere, a high altitude yellow billed chow appeared, took our offering and went away. What was surprising was that no birds were visible before or after this.”

The couple has met many interesting local people on their many treks and has built long-lasting relationships with some of them.

Rupali recounts one of their early treks with another couple when they had gone to Gangotri. Both couples had their six-year old sons. “People advised us to come down to lower heights to Uttarkashi to stay as it was very cold and there would be nothing to stay in Gangotri. By the time we visited the lake Dodi Taal and returned to Agoda and Sangam Chatti, we had missed the last bus. When we reached there, we saw a localite, Ganga Singh, waiting for us. He owned a tea-stall there and had noticed that we hadn’t returned in time for the last bus. He waited and then asked us to spend the night in his tea stall. We were amazed at his hospitality. Garhwali people open up their houses for you and treat you like their own family members.” The couple also experienced similar hospitality wherever they went to Gangotri and Gomukh, earlier this year.

The Heblekars spoke about some near-death experiences during their treks, which had left them shaken up but never off trekking. En route one of their treks to Har Ki Dun, one of their mules holding their luggage, slipped and fell down the ravine. He was badly injured and could not be rescued. They managed to retrieve their bags but had to carry the luggage all through the rest of the trek. Another experience was at Himachal at a place called Jibhi where they had stopped to have breakfast. On returning to their vehicle, they got to know from the driver that they had been saved by a whisker due to the breakfast halt, as there had been a landslide that had occurred a few kilometres ahead claiming the lives of all those in the vehicle that had left a few minutes before them. The Garhwalis believe strongly that “Jab uparwala ticket katvata hain toh jaana padta hain” (when God decides it is your time, you cannot escape it). Their driver Keru took them up another narrow track. He has been one of their best drivers and they recommend him to everyone.

From spotting snow partridges to beautiful flowers called Fena kamal (Froth lotus), to tasting local produce such as a subji made from ferns called lengda or ‘puthrade’ (gram flour paste rolled into leaves and steamed), the Heblekars have loved the experiences they have gathered during their years of trekking and adventure. Kutty’s dream trek is to stay in the Gangotri Valley for a month and go off daily on small treks following the old pilgrim route towards Kedarnath.

“Leave behind the city things and go into the wild to experience the local people, food and their way of living,” is Kutty’s message to the youth of today. Rupali adds, “The vastness of the valleys make you realise that you are just a tiny speck in this journey of the unknown. When you are in the wild, if you trust the mountain, the mountain takes care of you. Have that trust with the wild and you will get what you want.” 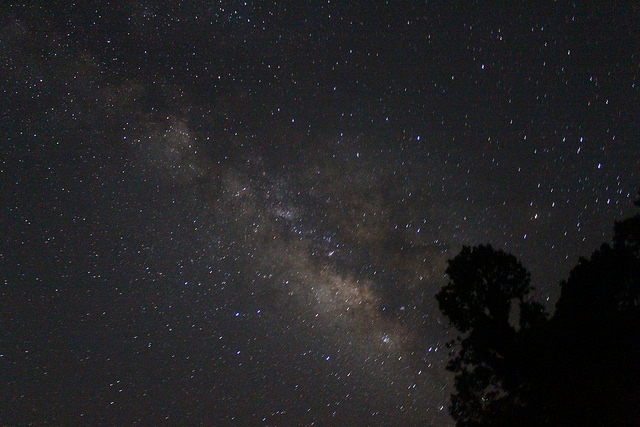 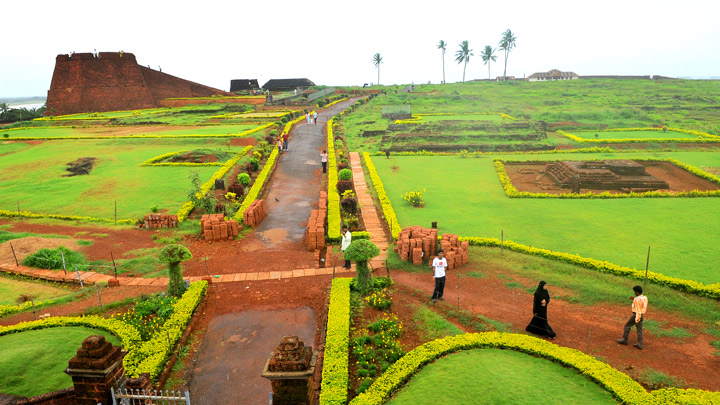