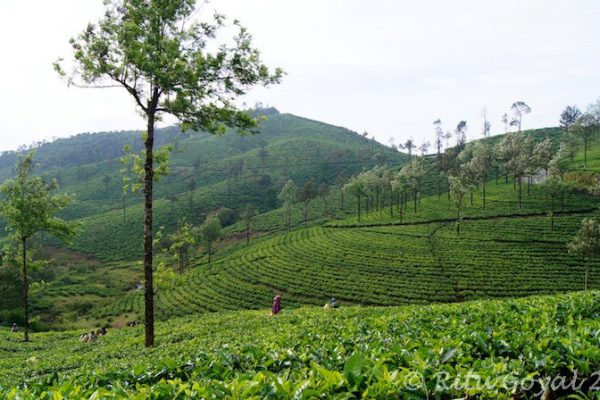 Gavi – A Tiger Reserve In Kerala

Gavi – A Tiger Reserve In Kerala

Our first thought as we drove through the State: We are in God’s Own Country for Pete’s sake, so we should have expected it!

Kerala, located at the southernmost tip of India, is considered a land that has been blessed by the Lord himself (or herself)… Known for its virgin and pristine natural beauty, Kerala is a tropical paradise and perhaps one of the few States in India where verdure does not mean carefully cultivated patches of greenery, but sweeps of grassy lands, fields of rice, canopies of trees and swaying coconut trees that greet you as you inch your way into the heartland of this magnificently endowed State. The green/verdure/greenery, call it what you will, is spread in an astounding palette of every imaginable shade of green. Seeing it one can be certain that the Lord must have exhausted his green shade card with this creation!

Yes. We admit that we are gushing! But that’s what Kerala is – a land that lives up to its epithet – God’s Own Country.

Our sojourn into Kerala began with our two-night trip planned to experience its new treasure – a tiger sanctuary – The Periyar Tiger Reserve – nestled deep in the Ranni Forest Division.

Despite the rather backbreaking drive from our city of origin (Kochi), when we got off our vehicle in the heart of the reserve, we were completely taken by surprise. The forest was dense, very wet and very green (although that’s something you get used to while in Kerala…trying not to gush again!)

We immediately checked in at the Green Mansion (the building that houses the Reception of the resort run by the Kerala Forest Development Corporation) and wished to embark upon our first trek, which was, much to our sadness turned into a ‘drive’ through the forest as it rained almost incessantly.

Not ones to lose heart we signed up for the early morning jungle safari followed by breakfast and a 2-hour trek through the forest, followed by lunch and a boat ride on the placid waters of the reservoir where we were able to glimpse a couple of birds. Our prayers were indeed answered and the following morning, the weather was as perfect as could be.

The trek began on a trail right behind the rooms of the Green Mansion and after walking through grassland for about 45 minutes we came to the mouth of the forest.

It looked formidable and our guide Selvaraj warned us against stopping anywhere for too long lest the leeches latched on to us.

Yes. You got that right. The leeches.

Right after the monsoon all the way to December the entire area is infested with leeches. Even though we were required to wear leech socks (a bag of thick canvas stitched to resemble a sock), and our legs were ensconced in the jeans-sock-sneakers package, the leeches found us, and how!

They clung to our sneakers as we walked over the wet Earth, some managed the climb upwards and some almost jumped up at us as we swept aside branches to forge ahead. Some mercenaries even managed to wriggle through the gaps near the ankles and got into our shoes! By the end of our trek, there were leeches on every part of our lower torso that were deftly removed by Selvaraj.

He on the other hand, wore hawai chappals and had rolled his trousers up to his knees, stopping for exactly 40 seconds every 15 minutes to peel the leeches off his foot and ankles. Not an endearing sight, that! But his dexterousness and knowledge about the forest and its inmates were helpful in giving us a deep insight into the area.

We understood that he, as many others who worked in the reserve, were in some way connected with the forest. Many were tribals who were born inside the forest (before the forest department declared it a reserve) and had lived off it for generations. To preserve its natural beauty and to prevent degradation of its immaculate ecology, they were now employed within the reserve as housekeeping staff, drivers, cooks, guides etc. The forest department also cultivated cardamom and other crops and the natives of these parts were involved in those activities as well.

The trek through the forest led us to the Pullumedu Peak from where we could sight the historic Sabarimala temple and its surroundings.  The reserve was expansive – as far as your eyes could go, all you saw were dense forests interspersed with greenest grasslands – soundless, quiet and serene. We fancied ourselves lying on a mat on the grass under the bluest sky, reading a book, or simply gazing at the patterns the clouds made. However we were carrying neither and took photographs aplenty to make up for the lost opportunity.

The Periyar Tiger Reserve located at Gavi was suggested to us by a friend in response to our lament that there was nothing new to experience in Kerala once you’d done all the ‘touristy’ things like explored its beaches, its hill stations (beautifully nestled amongst tea and coffee estates) and its history & culture (churches, temples, dance forms, Ayurveda etc). We are glad we sought to explore the untouched beauty of this forest.

The Periyar Tiger Reserve is spread over an area of 925 Sq .kms. It is one of the 27 tiger reserves in India.

All the information you would possibly need on the reserve is available on its well maintained website.

Gavi is located almost 185 kms from Kochi. The drive was spectacular – it took us through the beautiful rubber estates of the lower regions and tea gardens as we drove upwards. But the rather curvaceous and winding road turned our travel time to an endless 5 hours, with one halt for lunch.

The road was good in parts, especially when travelling on the highways but the interior roads are narrow and caution is advised when driving. Do remember that many of the smaller towns in Kerala do not have a bypass and chances are you would have to cross an entire town with its one-ways and traffic diversions. Do not hesitate to ask for directions.

Barring the route from Kochi to Moolamattom, which is quite crowded with vehicles the rest of the journey, didn’t see heavy traffic along the way.

Do stop to soak in the staggering beauty of Elappara. The tea gardens of Elappara are the best we saw along the route. 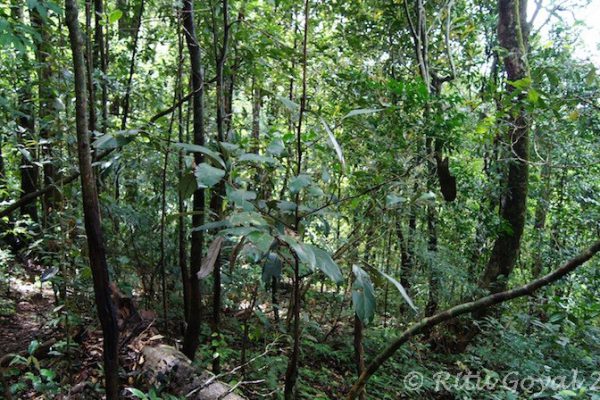 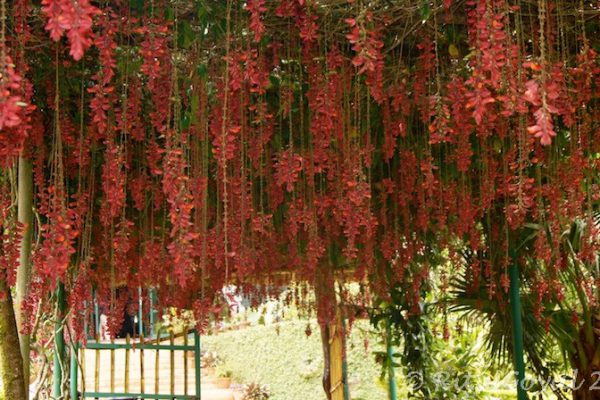 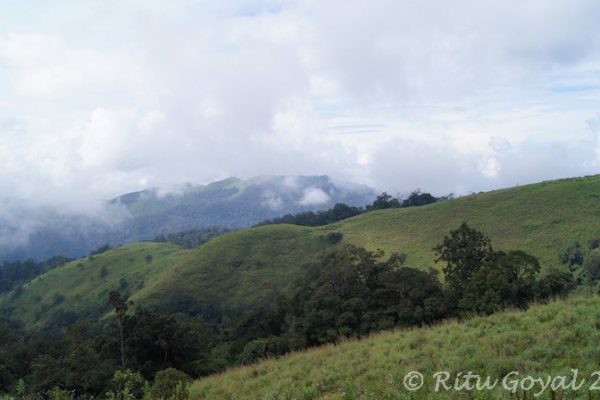 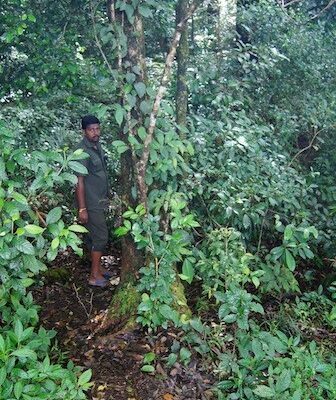 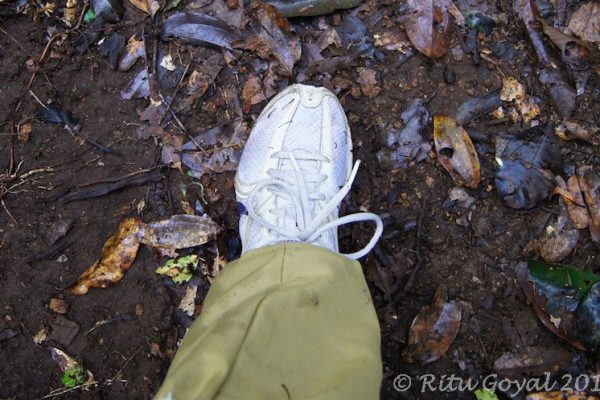 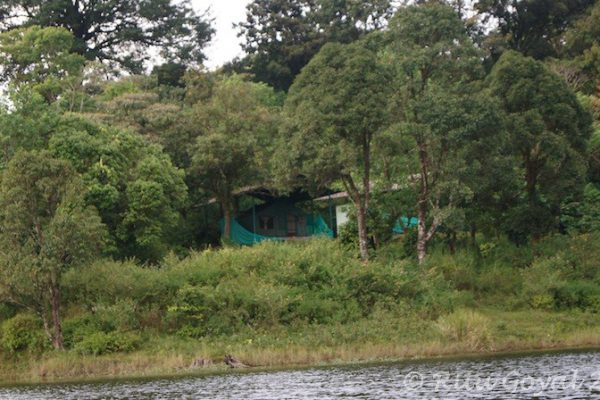 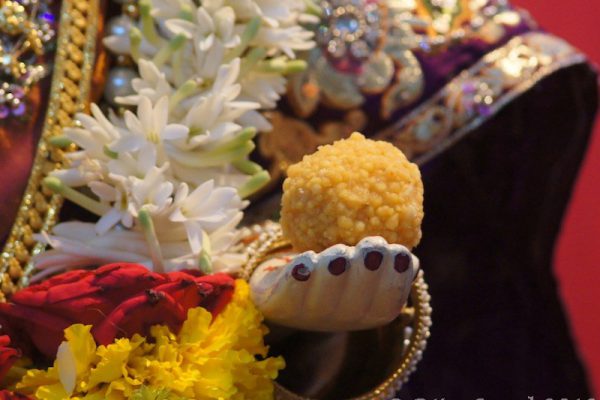 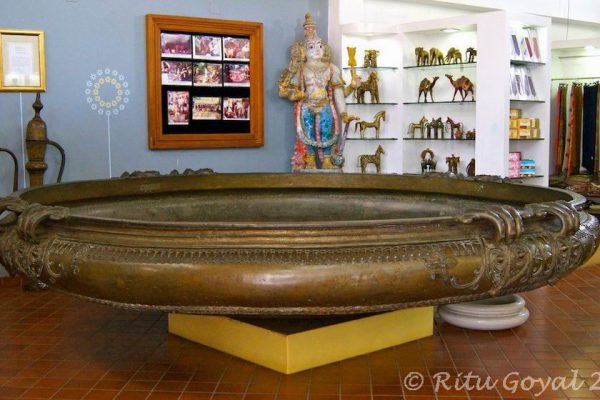