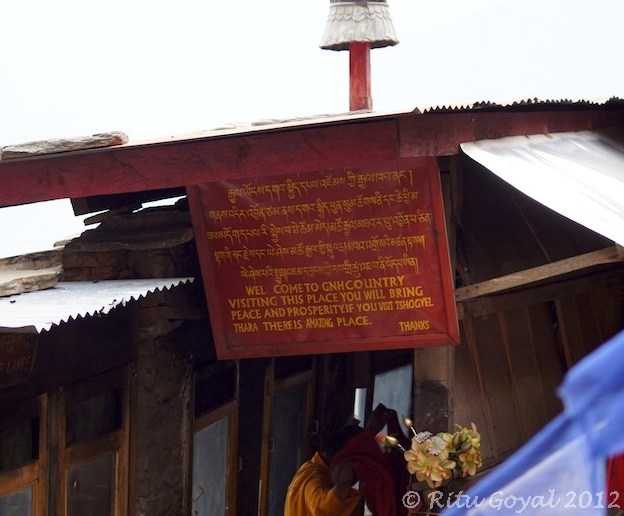 The unexpectedness of the gesture is what stumps you. At first (and we are ashamed to admit that in a typical Indian way,) we wonder WHY any one in their right mind would do it. But by the time we encountered this gesture, we were getting used to the inherent goodness that prevails in this Himalayan nation.

For example when we were seeking permits to some parts of the country that were, as per our information, not open to tourists, we were also told that the officials at the Immigration office at Thimpu, the capital, will take their own sweet time to give us the permits. But what we encountered was quite the opposite. Not only were we given permits as per our request and needs, we were also handed over duly stamped documents in less than one hour by a lady whose easy smile endeared us instantly.

And that is how this country is – full of goodness (very surprising to visitors like us who are used to the rude and uncouth behavior of fellow countrymen everywhere we go, even in other countries!), that you’ll find everywhere.

That brings us back to the Meditation Hut this post is about. This nondescript hut is located in the midst of the famed stairs that lead to Taktsang or Tiger’s Nest, one of Bhutan’s most revered monasteries.

On your way down towards the meditation monastery, chances are you won’t notice it. Or even if you do, you may be eager to reach the temple (after the arduous climbing, the last thing you’d want to do is delay it further) and may not venture inside. But on your way back, chances are, you WILL notice it, because this is the only place near the monastery that offers tea.

We had to make our own brew. The water/milk concoction was in a flask, tea bags and sugar separate, while cups of all shapes and sizes were being washed and replenished quickly. There was also a plate of coarsely ground yellow powder that we were informed is millet, to be eaten as it is – for its warmth and energy giving properties.

The hot tea was a lifesaver simply because we were not only hungry but the temperature had begun dropping and we were feeling the chill creep up on us.

While we stood there sipping our teas, we noticed a little room at the far end of this hut from where sounds of chanting emanated intermittently. As we struck up a conversation with some regular patrons we were informed that this was actually a “Meditation Hut”…a place where monks stopped by to chant and meditate.

As we finished the rejuvenating anti-oxidant, we asked what we owed them for the two cuppas. The money was refused. We were told that the tea is offered as a service to weary pilgrims here, at the most important Buddhist monastery in Bhutan!

Imagine our bewilderment! We finally realized why the hut had no seating arrangement, or menu (initially we thought it to be a restaurant or café) and also why the cups were of mixed parentage and unkempt – chipped or missing a handle etc.

So here’s what we suggest – when you hike up to Taktsang, DO carry a box of tea bags (preferably, Taj Mahal – a very popular Indian brand available in stores across Bhutan) and/or a kilo of sugar for this “Meditation Hut that serves free Tea.”

It could be your good deed for the day or simply a way to appreciate the virtuousness that still exists in this world!

Postscript: We went back to Taktsang a second time in 2013 and carried the goodies we hope has helped energise and refresh other weary climbers! 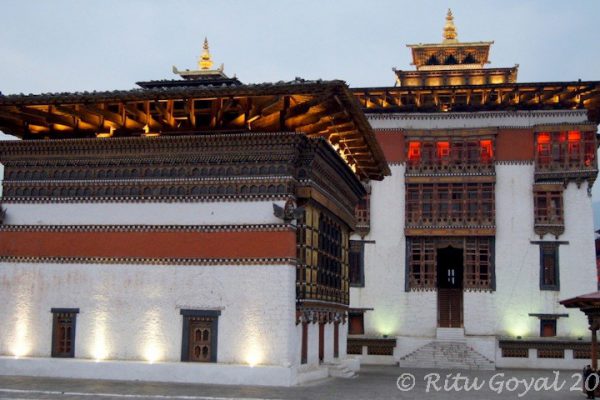 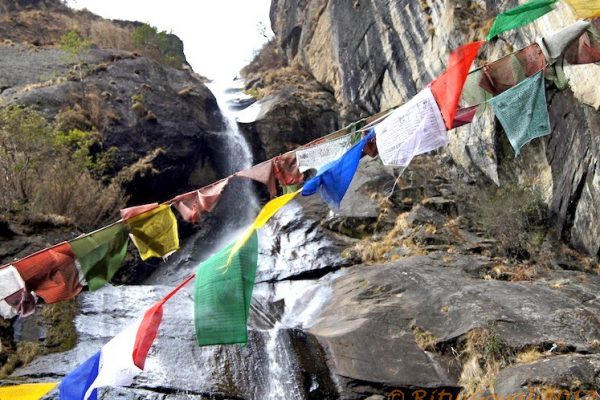